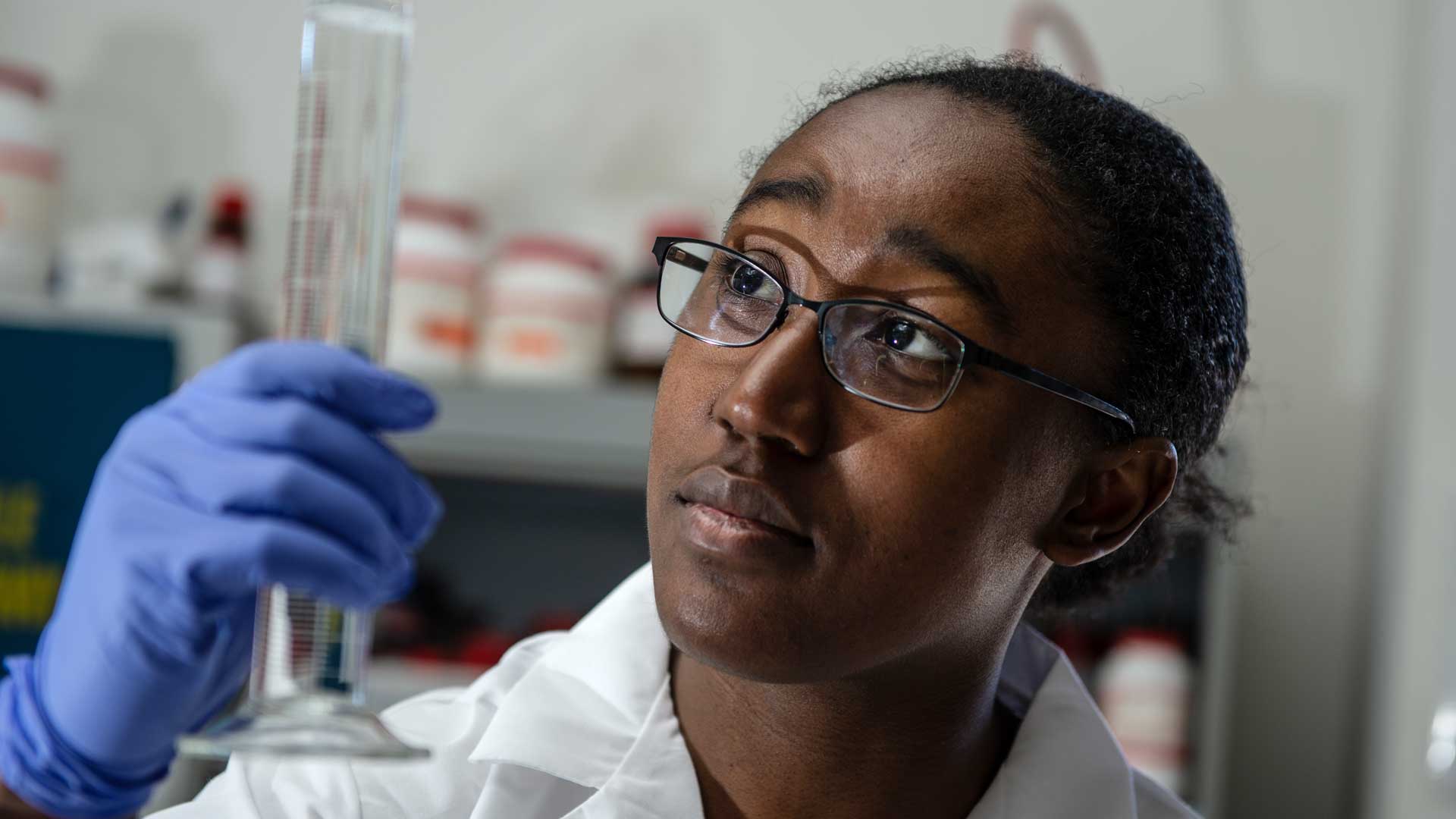 More than four months after successfully defending her doctoral thesis, three months after graduating from Rice University and not long after going to work for Dow, Chelsea Clark received the Ralph Budd Ph.D. Engineering Thesis Award and its $3,500 prize.

The award is given each year to a graduate student for the best-written thesis in the George R. Brown School of Engineering. The student must be graduating during the current academic year.

“I knew I was nominated but it was still a surprise. I think it shows how much I owe to Rice and to the people there,” said Clark, who earned her Ph.D. in chemical and biomolecular engineering (ChBE) last December. Her thesis is titled “Rh-Based Catalysis Chemistry of Aqueous-Phase Nitrogen Treatment Reactions.”

Clark chose Rice for graduate school, in part, because of Michael Wong, the Patel Professor in Molecular Nanotechnology and chair of chemical and chemical and biomolecular engineering. Clark joined his Catalysis and Nanomaterials Group.

“He gives you the freedom to do what you want,” she said. “He allows you the intellectual space to come into your own. He’s always giving you things to think about.”

Clark was born in Austin, where her mother had earned a B.S. in chemical engineering from the University of Texas. Her family moved to Missouri City in greater Houston when she was still a girl. Clark’s father worked as a plant operator but his gifts lay elsewhere:

“My Dad is super-handy. He can repair anything. He’s always been good with his hands. Between the two of them, I figure that’s where I got my interest in engineering.”

In ninth grade, Clark enrolled in the Engineering Academy at Hightower High School.

“I did all the super-stereotyped things future engineering students are supposed to do. In third or fourth grade I took the extra math class. I played with Legos and K’Nex. In middle school I was in the rocket club. My Dad would join in whatever I was doing and enjoy it as much as I did,” said Clark, who chose her professional path while still an adolescent.

“I was fairly certain I would be an engineer by the time I was in seventh or eighth grade,” she said. At various times she considered pursuing chemistry and even pharmaceutical science, but chemical engineering won out, especially after she enrolled at the University of Texas at Austin. There she worked as an undergraduate research assistant in the laboratory of Lydia Contreras, an associate professor of chemical engineering.

“She has an RNA and protein engineering lab. I considered that field too. By the time I was ready for grad school, I knew I was heading in a different direction,” said Clark, who earned her B.S. in chemical engineering in 2015.

Wong also helped connect her with Dow, where she went to work in January as a senior research specialist. She works with surfactant chemistry and polymers.

“I’m not doing anything I’ve done in the past,” Clark said. “I love to be constantly learning. We just got back into the lab this past month after the lockdown. It’s  good to be working.”