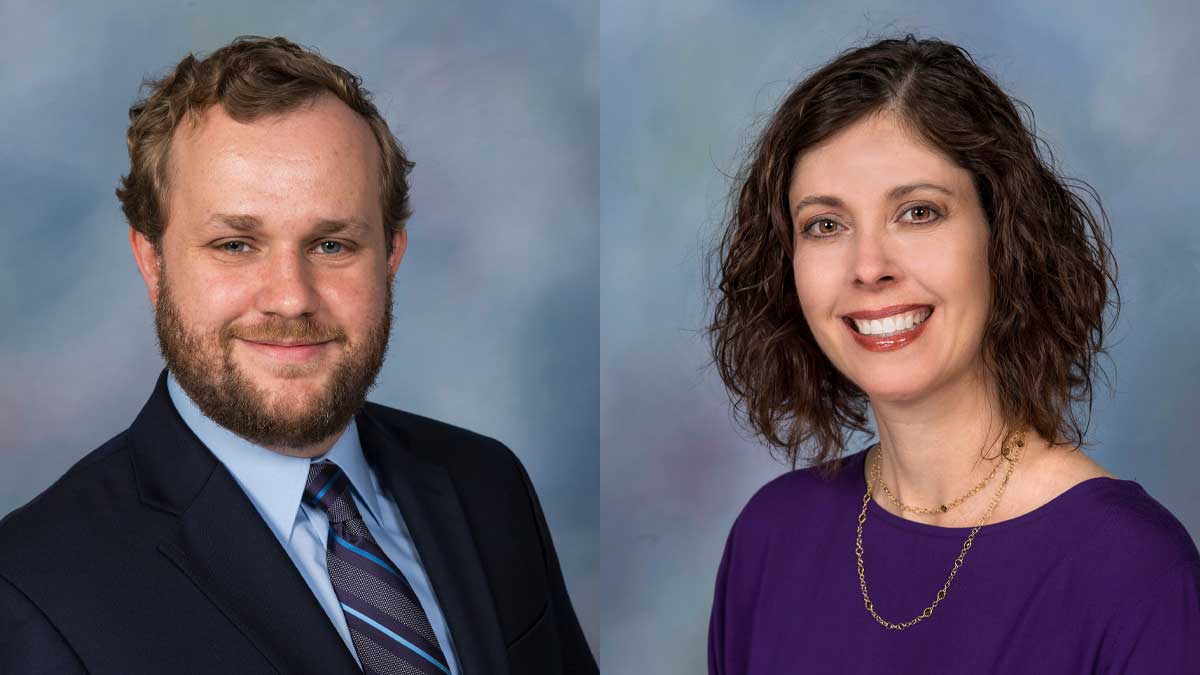 Thomas Senftle, assistant professor of chemical and biomolecular engineering (ChBE) at Rice, is the recipient of this year’s Younger Chemist Award from the American Chemical Society’s Greater Houston Section (ACS-GHS).

Christy Landes, the Kenneth S. Pitzer-Schlumberger Chair, professor of chemistry, of electrical and computer engineering, and of ChBE, will receive the Joe W. Hightower Award and will be keynote speaker at the awards ceremony.

They will be formally honored at the ACS-GHS Annual Awards Banquet to be held at the Junior League of Houston on Oct. 8.

Landes earned her Ph.D. in physical chemistry from the Georgia Institute of Technology in 2003 and joined the Rice faculty in 2009. She received an NSF CAREER Award in 2011 and is director of the Center for Adapting Flaws into Features at Rice.