Three from ChBE recognized by Rice for teaching excellence 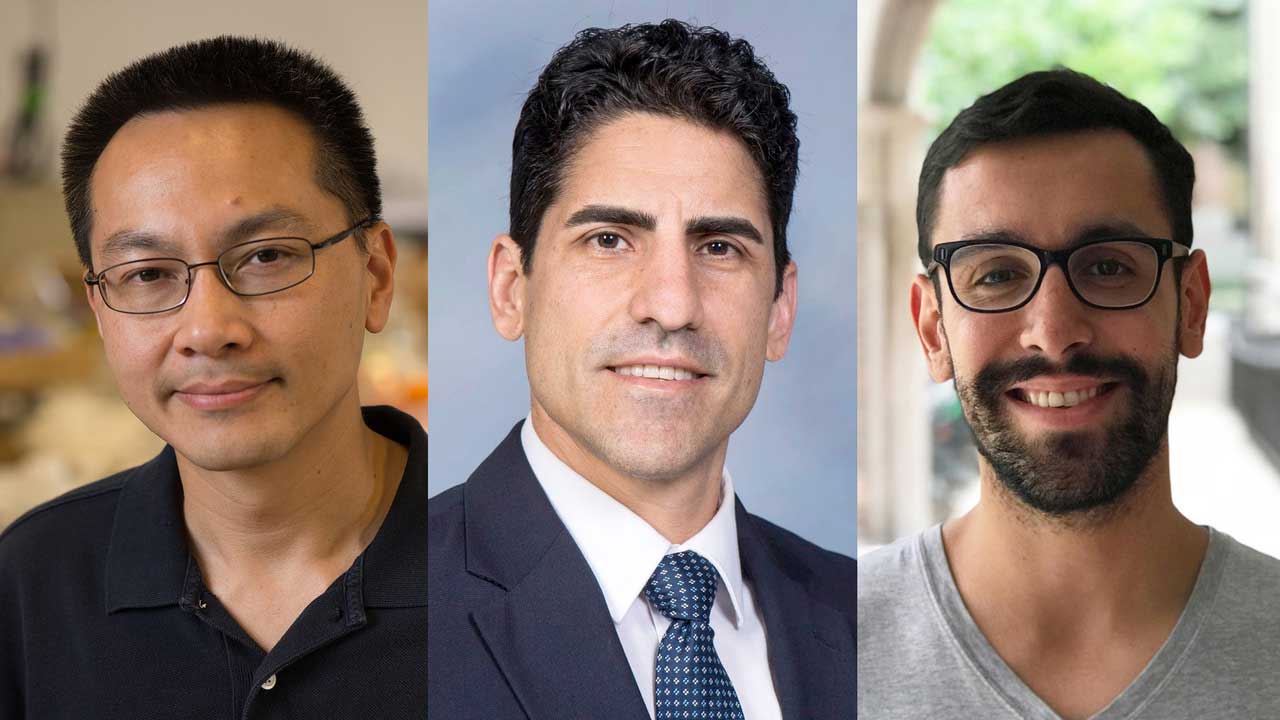 Three instructors in the Department of Chemical and Biomolecular (ChBE) have been honored for their accomplishments as teachers at Rice University.

The Presidential Mentoring Award was given to Michael Wong, professor and chair of ChBE, and Tina and Sunit ’85 Patel Chair in Molecular Nanotechnology. The George R. Brown Award for Superior Teaching went to Rafael Verduzco, professor of ChBE, and of materials sciences and nanoengineering (MSNE). The Graduate Teaching Award for Student Support was given to Ivan Rosa de Siqueira, fourth-year doctoral student in them.

Wong holds joint appointments in chemistry, civil and environmental engineering, and MSNE. He earned his Ph.D. in chemical engineering from MIT in 2000, spent a year of postdoctoral training at the University of California, Santa Barbara, and joined the Rice faculty in 2001. Wong is director of the Catalysis and Nanomaterials Laboratory.

He is the research thrust leader on multifunctional nanomaterials in the NSF-funded NEWT (Nanotechnology Enabled Water Treatment) Engineering Research Center, past-chair of the American Chemical Society’s Division of Catalysis Science and Technology (CATL), and serves on the Applied Catalysis B: Environmental editorial board.

Verduzco earned his B.S from Rice in 2001 and Ph.D. from the California Institute of Technology in 2007, both in chemical engineering. He was a postdoctoral associate at the Center for Nanophase Materials Sciences at the Oak Ridge National Laboratory before joining the Rice faculty in 2009.

He was awarded an NSF CAREER award in 2013 for the development of novel polymer-based solar cells. He has led the development of soft robotic materials based on liquid crystal materials and organized the 2017 International Liquid Crystals Elastomers Conference held at Rice.