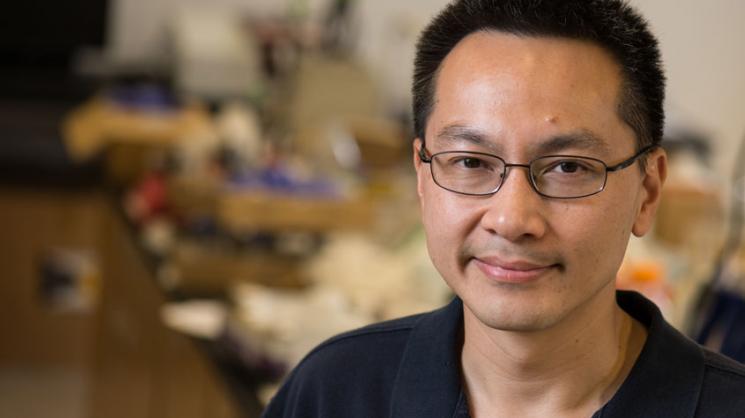 Michael S. Wong, chair of the Department of Chemical and Biomolecular Engineering, has been named the William M. McCardell Professor in Chemical Engineering.

Wong was recommended for the endowed chair by Reginald DesRoches, the William and Stephanie Sick Dean of the George R. Brown School of Engineering, and by David W. Leebron, president of Rice. The nomination was approved by the Rice Board of Trustees at its Sept. 12 meeting.

Wong, who joined the Rice University faculty in 2001 and became department chair in 2014, is director of the Catalysis and Nanomaterials Laboratory. Using nanotechnology, his research focuses on such applications as energy (chemicals production from oil/gas and biomass), downhole oil detection and enhanced recovery, photovoltaics, rechargeable batteries and the environment (water cleanup, green chemistry).

He earned his Ph.D. in chemical engineering from MIT in 2000, and holds joint appointments at Rice in chemistry, civil and environmental engineering, and in materials science and nanoengineering.

He is the research thrust leader on multifunctional nanomaterials in the NSF-funded NEWT (Nanotechnology Enabled Water Treatment) Engineering Research Center, past-chair of the American Chemical Society’s Division of Catalysis Science and Technology (CATL), and serves on the Applied Catalysis B: Environmental editorial board.

The endowed chair is named for William M. McCardell, who graduated from Rice with a B.S. in chemical engineering in 1948. He went to work for Humble Oil (later ExxonMobil) in 1949, retired in 1983 as president of Exxon Minerals, and died in 2003 at age 79.